I met Brian, also knownt as Tree Hippie, a couple of years ago. I was still working in the corporate world at that time running a marketing department for a small company in Encinitas, CA. That day on my lunch break, I was taking a stroll at the beach and I saw a guy creating magnificent circular designs on the sand.

He didn’t want to talk but allowed me to take photos. Since that day we kept in touch mostly through Instagram until a couple of weeks ago we decided to meet and talk about our lives, our art, and stuff that’s going on in the world.

Not only is he an amazing nature-driven artist, but a wonderful human being. And I really want to share Brian’s story with you.

My name is Brian, I’m 42 years old. I’m from Oceanside, California. I do art on the beach. I don’t make money off of my art. And the only place you can find me online is Instagram.

I did a little bit of art as a kid. And then a few years ago, I had a few hours break and I went down to the beach, and I found a root. I did a design with it and then when I got to the top of the stairs, I thought it was cool. So I came back about a week later with a rake. And that was the beginning of it.

I don’t have a schedule. It depends on the tide, my availability, and how healthy I am. Because I can spend three or four hours on one piece and it kind of takes a lot out of you. It’s a long process.

It all comes from within

I don’t sketch or measure my designs, it’s all freehand. Only once did I have an idea of what I was going to do beforehand. And that was a birthday present for one of my friends. Everyone asks me how I know the proportion or how I’m doing circles. I don’t know how to explain it. I guess there’s just a part of your brain that recognizes space and my brain is good at that. But there’s no trick to it, I’m not planning out how this goes. It comes naturally. It’s just part of my brain that is doing that by itself.

It feels a little bit like there’s a guiding force, especially when I work on the beach. I also do graphic work and chalk designs on pavers and sidewalks. But when I’m on the beach, it feels like there’s a deeper element to it than just doing art.

I avoid talking to people while doing beach pieces. When people see me doing it, many of them want to come up and ask me questions or get me to stop and talk to them. I understand that I appear rude…

But if I stop and talk to every person, I would never get my work done. I kind of need to lock in until it’s complete. And then I’ll talk to whoever wants to.

I noticed that if I have a long break from the beach art I get caught up in the bustling of news and just trivial things. But then I go out to the beach and create a design and I get more centered, I gain more clarity and focus on what’s really happening in the world or what’s really important.

In general, it helps my mental health all around, no matter what I’m dealing with. It’s kind of washing it out. So, when I do it after a significant break, I can feel like all this stuff I’ve been processing is getting out of my system. Even if it’s just an overwhelm from watching too much TV.

I’m still doing it as a self care but I’m adjusting to being more conscious of the fact that I have spectators and that there’s an interactive element to it.

Have you ever heard of Jean Giraud Moebius? He was a French artist who had a big influence on popular culture, but a lot of people don’t know about him. He gave a lecture with his 18 tips for doing art. And one of the first tips was to clear yourself off of emotion. So, unlike other people who deliberately put negative emotions or positive emotions into their art, I don’t. I’m just doing art with the sand on the beach. There’s definitely been an interplay, but it wasn’t deliberate.

In the past, before I did any art, I had really bad OCD. After I started doing beach art I found that my OCD would stop while I was in the process. So when people would try to talk to me or stop me I was very protective of that process, because it was a break from OCD.

Now I’m a little bit looser with that and my OCD is not as bad. And now I also do other forms of art. I think every artist has their own way of how art affects their mental health. For example, some people might want to use it to get the negative energy out of them, others seek an escape. I’m not trying to do anything like that. For me it’s not processing a good or bad emotion, it’s just unloading baggage of thoughts and events that have been going on in my life.

I don’t necessarily know why my OCD, that was so damaging in the past, somehow, when I would do the pieces on the beach, it would completely stop. I think it isn’t necessarily emotional but more of a neurological effect. And initially it was just a relief from OCD. And now, no matter what has been going on, it will wash it all out and I’ll be in a different place when the design is complete.

Unique but not alone

I mostly work on D street and Swamis in Encinitas and also La Jolla Shores. These are great beaches but they are pretty crowded. Occasionally, I’d do it in Carlsbad and Beacons but I think someone else does it at Beacons.

I think it’s cool that there are other people who do beach art. Once I was on the beach, and there was a group of women doing a design on the sand. They came there first, so I just asked if they minded if I do the same at a relative distance.

There is no competition or anything remotely like that.

When I first started I didn’t copy or follow anyone because I didn’t know anyone else who’s doing it. But since then, I found there are quite a bit of people doing it too. There’s a guy up in Santa Cruz, some of the pieces he’s doing are 10 miles wide. And he gets paid for it. It must be taking him a few days to complete a design. And he has to be using GPS or something like that. Like with many other arts, there are no negative feelings. I look up to the artists I like and there are others I don’t really vibe with. But I think it’s still cool as long as people aren’t doing it on top of each other.

Moving beyond the beach art

As I mentioned, now I also do other forms of art. I’ve gotten into graphic art that I do with ink, pen or sharpie. And lately, I’ve done a few chalk pieces. Because when I do things on the beach it’s specific to a location, it’s specific to a time, I have to wait for the tides. And it’s quite a physical labor. With chalk and ink, I can do it wherever I want and whenever I feel like it. And it’s not that labor intensive. Some of the pieces I’ve done on the beach are 200 feet long. And the biggest pieces I’m doing in chalk are 10-12 feet or so.

I don’t participate in any public art projects, at least at the moment. I do my chalk pieces just for fun.

People told me I should take photos of my work and sell them. And I might do that. But I’m not really trying to commodify it, and there are not that many ways to commodify it anyway. But as for taking drone shots and then framing them, I would be interested in that from the perspective of just preserving my art. And the beach pieces don’t live that long anyway. They’re only there for a few hours. Selling them would be just an extension of what I’m doing, really.

Getting to know the artist (commentary from the ITAS editor)

I think we spoke for at least another hour during which I stopped recording. We were talking about our personal lives, energies of different places, and cultural differences between the US and other countries. Brian shared a little bit of his life experience that I can’t disclose. And I caught myself feeling lucky that I got to know this human and thinking about the funny ways the first and second impressions trick us sometimes.

I expected a fun chit-chat with a hippie-looking dude who is drawing fantastic circles on the beach and didn’t anticipate having a conversation of such depth and openness.

I hope I helped you discover a treasure today as well. And if you know an artist, go have a meaningful conversation with them and you will be rewarded. 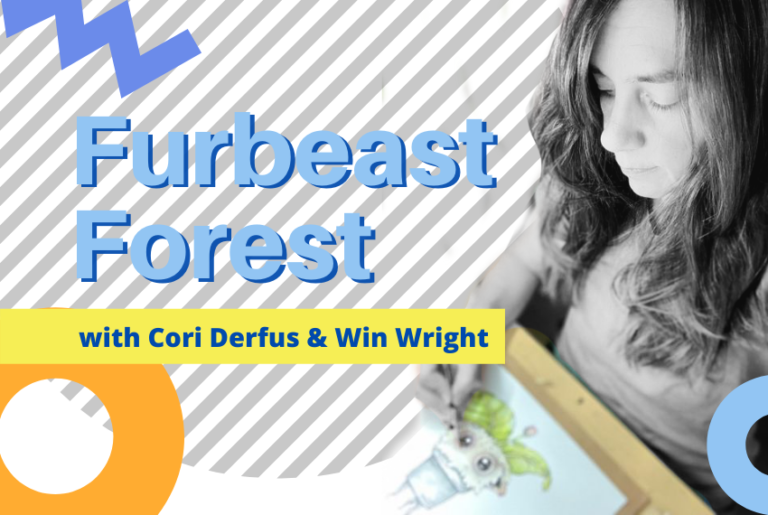 In this episode of the ITAS Podcast, we are meeting with a great creative tandem of Cori Derfus and Winn Wright who have created a whole world of cute little monsters which they call Furbeast Forest. 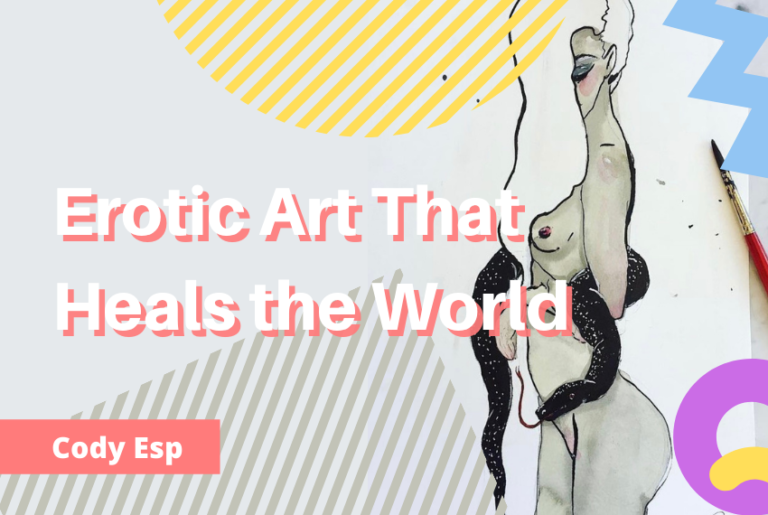 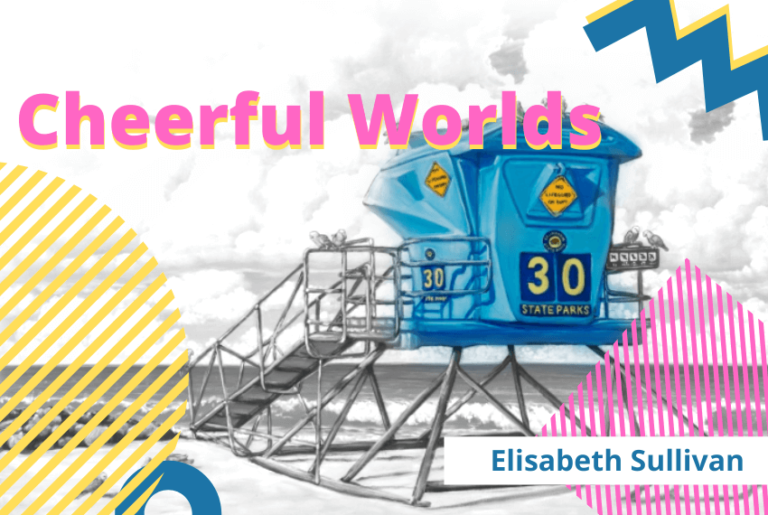 “…When I started to paint for a living I did mostly landscapes, seascapes, and animals. My focus on the landscapes and seascapes is always the sky. I gradually started adding birds to a lot of my paintings and eventually merged my surrealism with my love of clouds, ocean, and landscape” 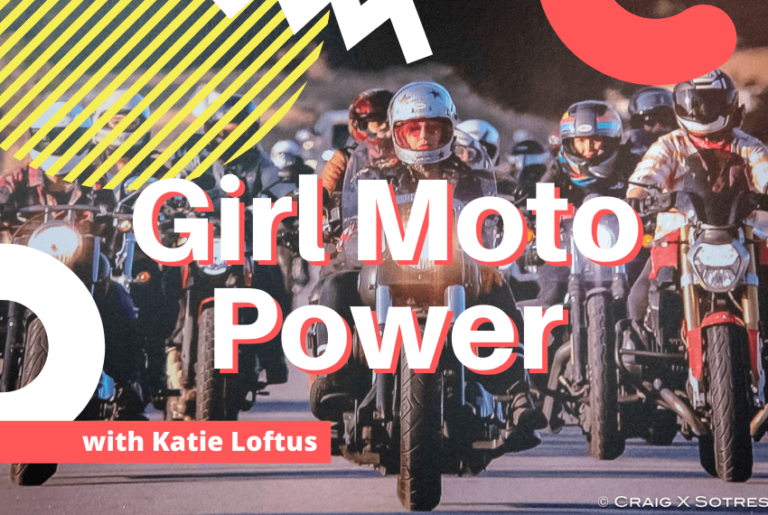 An artist, a stylist, a cancer survivor, and a motorcycle rider, Katie Loftus advocates for women empowerment and women’s health awareness 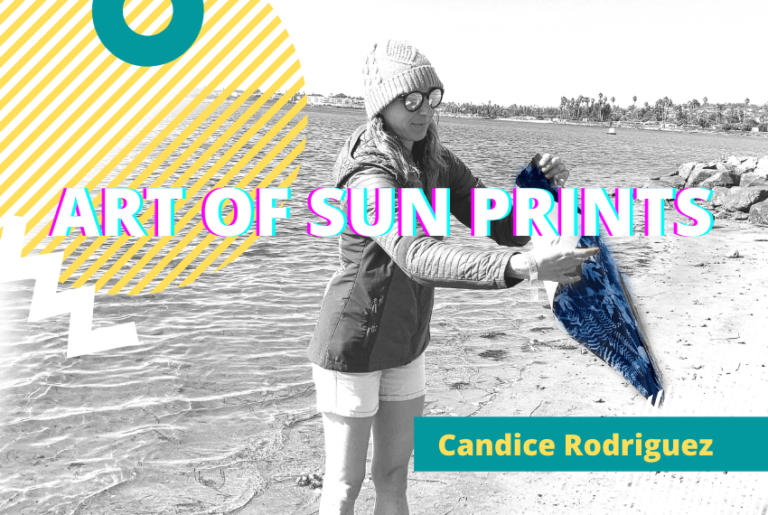 “…There was an exhibition at the New York library of Anna Atkins’ botanical studies made with cyanotypes. And as soon as I saw it, I felt this big awakening. I cried in the museum overwhelmed by emotions because I just felt so connected to what I saw.” 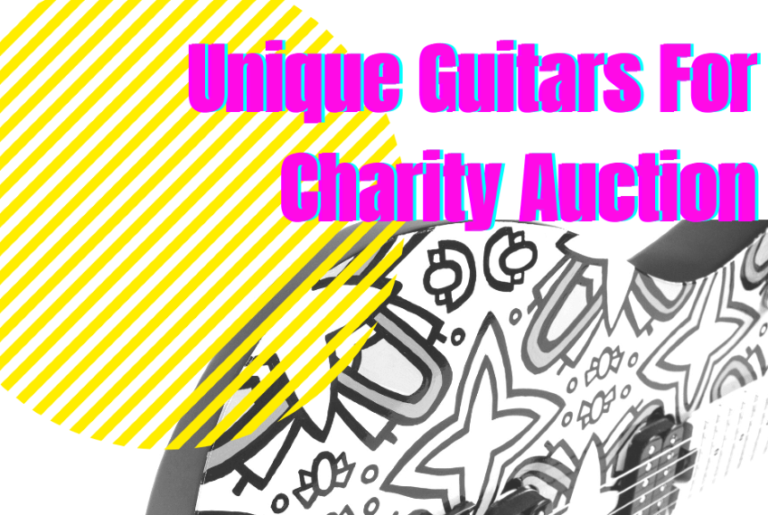 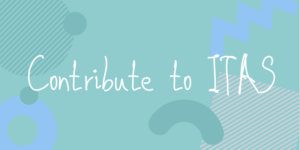